This is the third part of Tim Podesta’s blog series for the Major Projects Knowledge Hub on the subject of Benchmarking. Last week Tim gave his first of three professional examples – the Benchmarking of Project Practices.

“Major Gas Pipeline Benchmarks    My second professional example of benchmarking in major projects I am drawing on the context of major oil and gas pipelines.  Specifically pipelines from Azerbaijan to Europe.  I was involved in facilitating a series of front end planning workshops; advising on project best practices and investment analysis in support of the Finance Memorandum being presented for the Financial Investment Decision (FID).

My personal story of facilitating the front end planning workshops was a great example of how the benchmarking process can make a huge difference to the project outcomes.  I led the workshop in the main project team offices in London.  The key representatives of the team (Project Manager, Project Services Manager, Lead Engineers, Operations Representative, Environmental and Safety Leads) were all present in a meeting room overlooking Paddington Station. The atmosphere was tense but positive – we were assessing readiness and looking for gaps. My role was to listen and lead – particularly to listen for the quietest voices – and there were several moments when I probed for more information and we identified some critical items that needed more attention to reduce the risk of delays.  I’m happy to say the project moved smoothly into detailed design and is in effective operation today.

This front end planning result became part of a benchmarking supplement; supporting the Financial case used to seek approval for the Investment in the pipeline project.  To illustrate this I have three visual examples of benchmarks that were presented.

Front End Planning  – The first chart shows the Project Definition Rating Index (PDRI) and the results of the front end planning workshops I described earlier in my story.  The chart shows the benchmarking for the portfolio of oil and gas pipelines from Azerbaijan through Georgia to Turkey and progression through the planning phase to Final Investment Decision to an acceptable level of definition.  The comment included in the finance submission stated: “The completed FEL Self Assessment using CII Project Definition Rating Index (PDRI) tool. The overall score of 240/1000 (Lower score is better) indicates the project is well positioned for entering Execute Stage. This score is within the range for projects approaching final sanction” 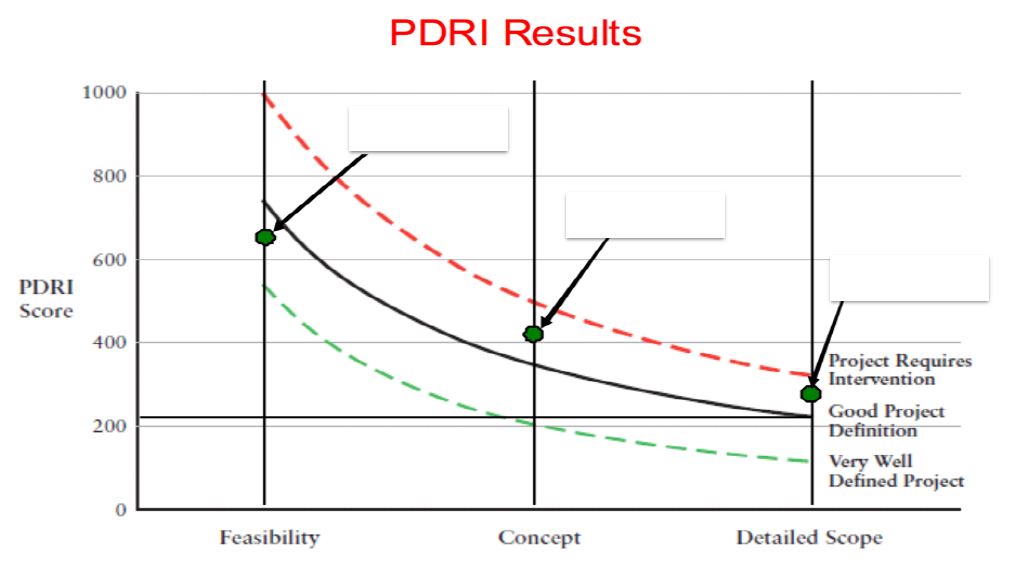 Schedule –  The second chart illustrates the schedule benchmark for pipelines (metres/spread day) and the chart shows the project seeking sanction in yellow and the company references in green. These comparative benchmarks are based of reference projects, assessed for their comparability by the project team and validated by the PMO/Central team.  The comment included in the finance submission stated: “The pipeline has a low Metres/Day lay rate due to the terrain, brownfield working and numerous work locations. The line to be replaced is not continuous, requiring the move around of the total spread numerous times.“ This explained why the project had a slower projected rate than the comparative benchmarks – 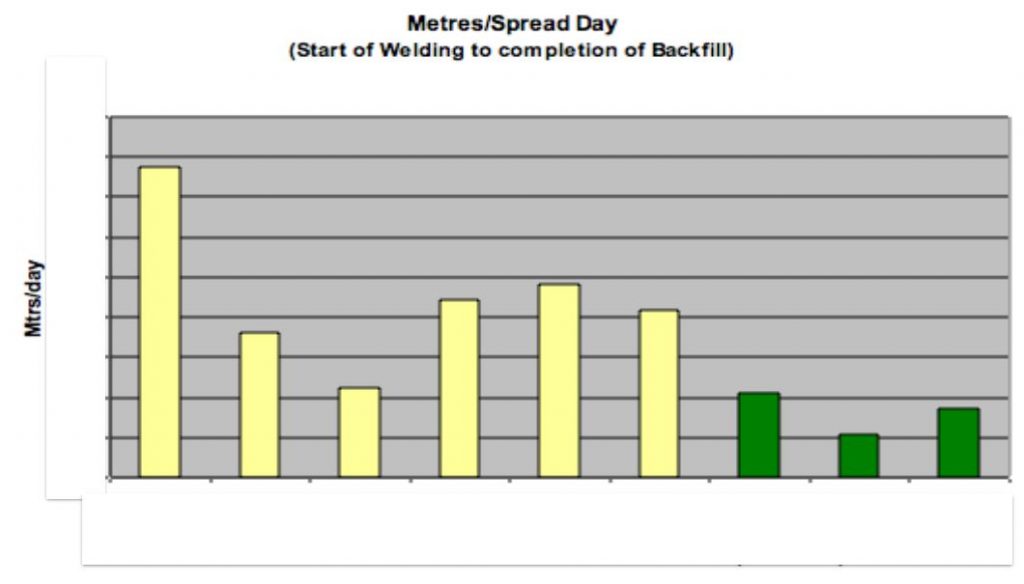 Cost –  The final chart shows cost per inch-km; an industry standard metric for benchmarking.  The chart again shows the project seeking sanction in yellow and the company references in green. The comment included in the finance submission stated:  “The pipeline cost is higher than the benchmarks; due to more complex work scope, brownfield working, interrupted work sequence and terrain challenges.“ This explained why the project has a more expensive projected rate than the comparative benchmarks. 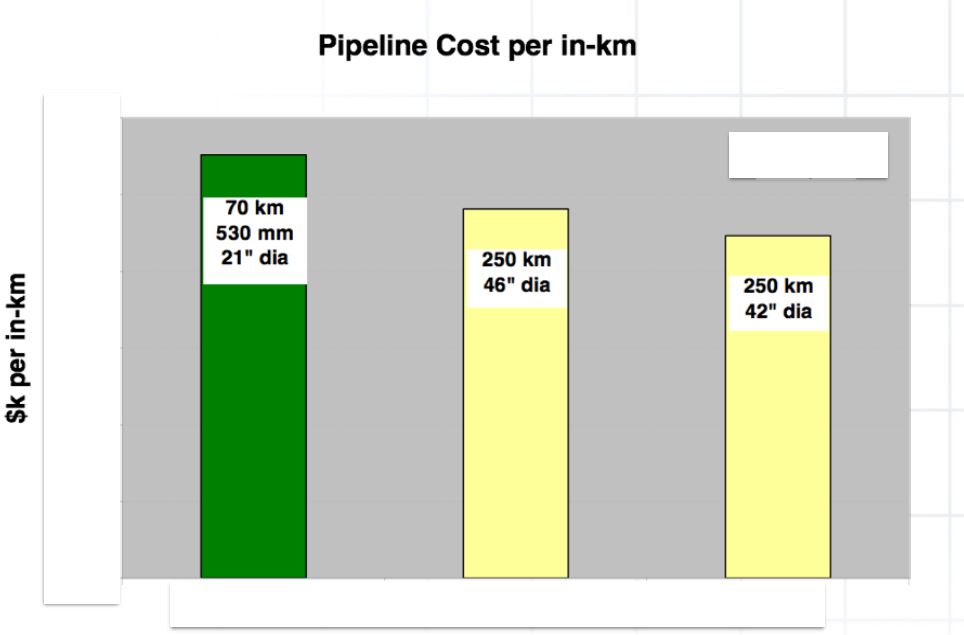 These three charts were core to the benchmarking supplement in support of the Investment case and I believe, represent an example of best practice in using benchmarking.

I am sure you will have your own professional examples of project benchmarks, please share any that you think would be of interest to this community.  Next week I will share my third professional example of benchmarking at work – in the context of major infrastructure projects.

Read Tim’s first blog post in the series: The Art and Science of Benchmarking

I am passionate about the art and science of Benchmarking; particularly in the matter of Projects and Project Management.

I celebrated 35 years with BP and completed my time with the company as an engineer, commercial manager and programme director in 2016;  I am now an independent consultant working on a portfolio of assignments with a focus on professional development – of myself and others.  My natural areas of subject matter expertise are Benchmarking, Investment Analysis and Front End Planning for Projects based on my extensive industry experience which I continue to develop.