Character Strengths in the Team – Pathways to Peak Performance Pt 2

Character Strengths in the Team – Pathways to Peak Performance Pt 2

In the second in her series of guest blog posts diving into character strengths, Ruth Pearce continues her exploration of what they are, how they show up – for you – how they show up in others. She looks at how to collaborate with others who have top strengths that complement yours. She also enables you to practice strengths spotting AND develop a practice of spotting strengths in others.

Teamwork – in the good times and the bad!

Look up teamwork on the VIA website and you find this: “Teamwork means that in team situations you are committed to contributing to the team’s success. The team could be a work group or a sports team, but it could also refer to your family, marriage, or even a group of friends working on a project together… In other words, the person high in teamwork applies a certain way of acting in whatever context they consider themselves committed to the good of the group as a whole… “

Teamwork is a great strength. It brings us together to accomplish a common goal. It connects us and helps us to share and support each other. As a strength of the Virtue of Justice, it partners with Fairness and Leadership to create great group and community experiences. Research shows that it is strongly related to Leadership, Kindness, Fairness, Love and Honesty.[1]

Generally, when we talk about Teamwork, we think of teams working together to accomplish something. We think of a work-team bringing in an important project, or a sports team winning an important match or event.

A coaching client looked at his VIA Character Strengths profile and immediately his eyes went to the lower strengths. There at number 24 was the strength of teamwork. He looked gratified. “There!” he exclaimed. “I have had managers tell me I need to work on my teamwork. And I have always said I am just not a team player! I like working alone. I get my work done. I hand it onto the next person and move onto the next thing. No teamwork in me!” he concluded.

We discussed situations when teamwork is useful, we discussed how the VIA Character Strengths assessment does not assess weaknesses, gaps or opportunities for development, so the low ranking does not suggest that the strength is absent. He was adamant.

A father of two young boys, we explored his time away from the office. He described his evenings as “fun, fruitful and full of connection with his family.” He recounted how most evenings after work he sits down with one or both of his sons to help with homework. He started described it this way…” We sit together after dinner, and they take out their books and I take out something for me to read – an article on some topic I am interested in is the usual thing. We start studying together, and if the boys have a question, I am there to help them out.” He smiled a little at this point, and said, “Of course, with the work they are doing at their age it would be easy to just do it for them. But that is not the point. They are learning, so when they get stuck, I ask questions to help them think through how to solve the problem in front of them. I focus on how they go about it much more than whether they get the right answer. And when we are all done, we celebrate with a TV program together or maybe some time on the X-box playing a game.” He smiled again. “That is the highlight of my day! I love seeing them grow and learn.”

He picked up his profile again and nodded. “OK,” he said, “I DO have some teamwork in me! Just not so much at work!”

Taking this new look at teamwork and how it shows up, my client realized he had choices about how to apply this, and other, strengths. A few weeks later he reported that at work his colleagues had remarked upon the “new him” as he was engaging in more team collaboration and offering more support.

His comment? “I won’t do their work for them, but I can ask questions to help them move forward!”

How and when does your strength of teamwork show up? How else do you want to use it?

Teamwork in the failures

The other day this video – https://vimeo.com/330743725 – popped up in my inbox. Seeing these teams create these amazing human towers and hearing of the sheer number of people it takes to create the foundation of the tower – several hundred people working together – and then seeing young and old coming together to create these human structures was quite amazing. My appreciation of beauty and excellence certainly got a day out! And of course, it is a fine example of teamwork.

What was even more striking came toward the end of the video. After seeing footage of towers collapsing and people being carried into the hospital, what stood out was that these teams come together in times of trouble too. The team does not stop being a team when the tower is built, and the competition is won – or lost. They are even more a team when a member of the group is injured. Bigger members carry the smaller members into the hospital. Totally unrelated people visit and offer support those injured and their loved ones. Teamwork expands into the difficult times as well as the good.

The strength of the foundation is seen here too. As the tower falls, the lowest level of the structure holds together to provide the softest landing possible, to cushion the fall of those tumbling from above. You can see their arms flex; their knees bend as the absorb the shock of people toppling from above. This is teamwork – holding together for the good of the group.

Another favorite example of teamwork is the scene in the movie Apollo 13. The three-man crew are stranded in space, with limited options for coming home. Ken Mattingly (played by Gary Sinise), who has been erroneously grounded because he is suspected of having contracted measles, is called in to help Mission Control figure out how to bring them home. Not only does he come in to help, but he insists on recreating the exact conditions the crew are facing. The dark, the cold, the sleep-deprivation. He wants to know exactly how to make this work for them in the conditions they face.

Another challenge is keeping the air clean. To support three men in a two-man module (the LEM) they need to put together way to use the filters from one part of ship in the air-cleaning mechanism of the other – or to put a square peg in a round hole. Another fine example of teamwork – as well as creativity and growth mindset.

Interestingly, N.A.S.A. described this mission as a “successful failure.” The intended goal was not attained, but the crew returned safely and the ground team performed well!

Take a look at the clip here:

Pause for thought: When you use your strength of teamwork? What strengths do you bring forth alongside teamwork? When do you want to use teamwork more?

Haven’t taken your free VIA Character Strengths Assessment yet? Spend 15 minutes to take it now using this link: http://projectmotivator.pro.viasurvey.org

We ran a Zoom live with Ruth on 22nd July 2020 to explore character strengths. You may watch the recording if you weren’t able to catch the event live:

Read Ruth’s second blog in the series on team strengths

Read Ruth’s third blog in the series on goal setting 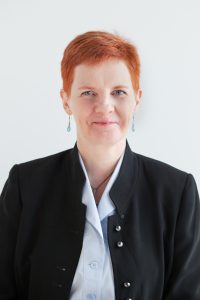 Ruth (N)  “sorrow for the misery of another; repentance, regret,” c. 1200, ruthe, from Old Norse hryggð “ruth, sorrow,” from hryggr “sorrowful, grieved”. Or else formed in English from reuwen “to rue” on the model of true/truth, etc.

Ruth is passionate about the future of those who lead projects as influencers, and forces for positive change in organizations and teams. Her purpose is to build engaged teams who will run through walls for each other, led by an impassioned, empathic, socially intelligent project or program leader.