International Women’s day should be a day to celebrate the progress made year on year towards a world where women and men have equal access to opportunity.  But this year there is widespread concern that the pandemic has had a negative impact upon women’s freedoms. 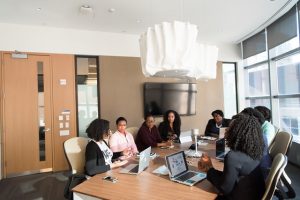 According to recent a Mumsnet survey, more than half of the women polled believe that women’s equality is in danger of going back to the 1970s at work, at home and in society.  This should be cause for concern for all of us not only women.

So, in order to channel some positivity, the Major Projects Association is reminding members and friends of its repository of resources focused on tackling the gender imbalance that exists within the major projects sectors.

These resources were developed as part of our Gender Balance initiative which was launched in 2015 specifically to consider why there are so few women in this space.  This question is just as relevant today as it was 6 years ago.  Indeed, Women in Transport have today launched some research saying that whilst the vast majority of women working in transport would recommend it as a great career; that same majority also reported sex-based micro-aggressions and overt sexual harassment in the workplace.

The theme for this year’s IWD is #ChooseToChallenge.  In keeping with this theme, I choose to challenge the leaders of our major projects:

Review our repository of EDI resources and links