Energy Transition and Project Execution: Is it All Green Lights from Here?

Home/Energy Transition and Project Execution: Is it All Green Lights from Here?

Energy Transition and Project Execution: Is it All Green Lights from Here? 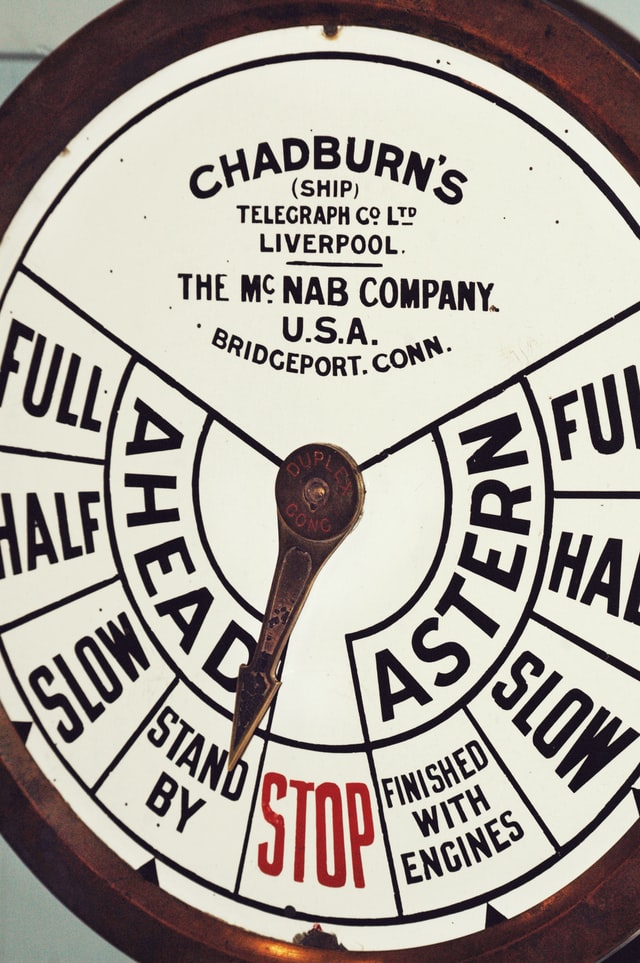 The global shift towards renewable energy has brought about significant changes in the execution of major projects. With new projects come new risks, and long-established processes and precedents have been reassessed as industry players learn to navigate a new set of challenges.

The Covid-19 pandemic has led to increased attention on the energy transition. Growing calls for fiscal stimulus to support recovery from the crisis have coincided with lower ‘green energy’ costs to focus the attention of governments across the globe on renewables.

This growing enthusiasm has led investors to seek out bigger projects with increasingly advanced technology. But enthusiasm does not guarantee success. This blog examines some new challenges in the renewables space, how the risks associated with new trends may be mitigated, and how disputes can be resolved in a more cost-efficient and project-focussed manner.

The decades-long operating period for renewables assets means that multiple changes in law and policy might take place during the lifetime of a project. These changes are hard to predict, and without careful planning, can often lead to disputes.

In the 2000s, many governments encouraged renewables projects by promising subsidies, tariff support or other incentives. Spain was no different, and by 2009 it operated almost half of global installed solar capacity. From 2008, however, government support was removed almost overnight and the cuts were made retrospective. A second cut in 2013 triggered a wave of foreign investors to sue the Spanish government, claiming it had reneged on its investment terms which would effectively extinguish profits for renewable asset operators. 45 claims amounting to almost €10 billion in value were initiated. By the end of 2019, the Spanish government was facing €821 million in penalties. Veteran investors are not strangers to political U-turns, but unpredictable law and policy continues to pose a risk to investment.

Changes in law can also increase the costs of work and require completed work to be updated. Allocating this risk at the start of a project is key. This can be done via a well drafted ‘change in law’ clause which addresses the risks related to enactment, repeal or amendment of legislation governing the project. The role of such clauses has been particularly relevant during the Covid-19 pandemic with government intervention causing significant delays and costs. When drafting a change of law clause, careful consideration should be given to the definition of ‘Change in Law’, the date from which changes are relevant and which party should bear the risks of such a change.

As the energy transition picks up pace, there are widespread calls for larger projects featuring the latest renewable technologies. However, these ambitious projects come with a wide range of risks. 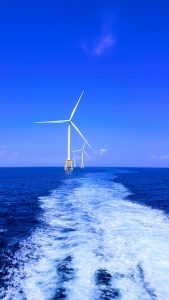 The Energy Transition Commission has stated that one of the priorities for decarbonisation in the UK should be the building of “massive capacities of zero-carbon power generation and transmission infrastructure.”  Dogger Bank, which will be the UK’s largest offshore wind farm, demonstrates the appeal of these large-scale projects. During Dogger Bank’s development, efficiency across the wind sector has climbed (as reported by Irena), significantly increasing the potential returns on the project.

As highlighted in our Structures and Risks blog, procurement strategies for large scale renewables projects such as Dogger Bank have been shifting towards the use of EPC or turnkey contracts. This is because the EPC contracting makes investment in large scale renewables more ‘bankable’. The contract risk is transferred to the contractor, increasing the attractiveness of the investment. But the pressure this puts on contractor’s margins can lead to increased potential for disputes.

In order to address these concerns, the structure of these projects should be carefully considered. Alternatives to EPC contracting, such as collaborative contracting and partnering agreements could be used. These arrangements are often effected for smaller renewables projects and tend to reduce the scope for disputes; thus giving better overall value by incentivising all stakeholders to ensure successful project delivery.

Newer technologies such as small modular reactors and green hydrogen remain relatively untested. As a result, designers and contractors are likely to experience unplanned risks in the course of project delivery. There is also a greater risk of the technology becoming obsolete during the lifetime of the project. All these issues can lead to project delays, cost overruns, defects, problems with operability and performance of the plant and, ultimately, disputes.

Careful project structuring and contract drafting can help to minimise these risks. For example: 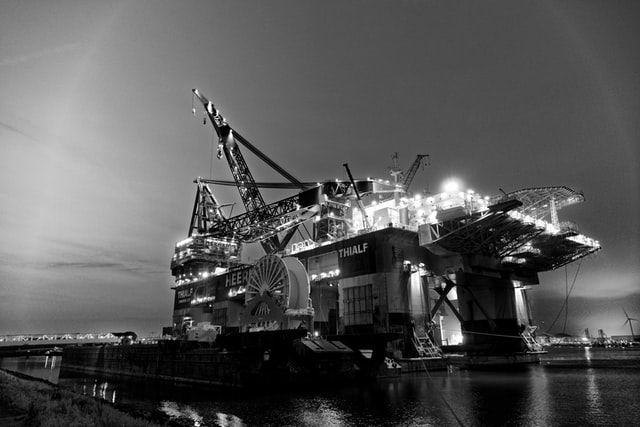 Energy transition projects are not limited to the construction of renewables infrastructure. Ensuring that the decommissioning of spent energy assets is carried out in a transition-friendly way is also key to the success of the energy transition.

To ensure a carbon-friendly decommissioning or repurposing process, fossil fuel exploration and production companies can:

Careful consideration must also be given to the ‘clean’ decommissioning of renewables projects. Renewables projects are only relatively recently gaining traction, and the risks associated with decommissioning or repurposing renewable assets remain uncertain. In the United States many wind turbines, which grew in popularity in the 1990s, are reaching the end of their 25-year working lives. This has led to over 1000 fibre-glass turbine blades being cut into pieces and then buried in the ‘wind turbine graveyard’ in Wyoming. The early adopters of solar panels are facing similar problems. A 2016 International Renewable Energy Agency report estimated that cumulative global waste volumes from end-of-life PV panels could reach 78 million tonnes by 2050. It also noted, however, that repurposing opportunities exist. For example, defective panels can be repaired and there is a burgeoning market for both refurbished panels and recovered components. Recycling into raw materials is also a potential option, the value created by this globally is expected to reach USD 450 million by 2030.

Hydrogen – Fuel for the Future

Hydrogen technology has great potential for the future: it has now been successfully trialled in the transportation, power, heating, chemical production and metal production sectors. The International Energy Agency has highlighted the ‘unprecedented political and business momentum’ behind clean hydrogen and encourages businesses and governments to ‘take full advantage of this increasing momentum’. Recently, this has resulted in the announcement of HyDeal Ambition, a series of projects between 30 European energy players that aspires to deliver 3.6 million tonnes of low cost green hydrogen per year across Europe by 2030.

However, significant investment in infrastructure is needed for hydrogen to become the UK’s fuel of choice. There is no National Grid equivalent allowing hydrogen to be supplied right across the UK, nor is there capacity in the existing hydrogen network to enable replacement of fossil fuels on a large scale. Furthermore, the lack of a tailored regulatory framework for hydrogen is a barrier to widespread roll out.  Current regulation has drawn criticism for failing to distinguish between major industrial applications of hydrogen and smaller scale localised uses. As such, high regulatory requirements, as reported by the HyLaw project apply to both.

The UK government has committed to driving the growth of low carbon hydrogen, aiming for ‘5GW hydrogen production capacity by 2030 in partnership with industry’. But, this is still a long-term goal, and the recent UK budget has been criticised by the industry for a lack of specific support for hydrogen. It is hoped that a forthcoming detailed UK Hydrogen Strategy will clarify the level of support for hydrogen.

To speed up this process and accelerate a transition to hydrogen technology, the following strategies could be used:

Disputes in the renewables sector

The fast-paced evolution of the renewables sector does, as noted throughout this blog, create a wider space for disputes regarding project execution. Handling these disputes cost effectively whilst preserving the future of the project requires an agile approach.

Various dispute avoidance and ADR tools can be used to provide flexibility in project execution whilst resolving disputes. A multi-tiered dispute resolution provision is incredibly valuable in this context. Tiered dispute resolution allows small disputes to be resolved at a lower level, for instance at site level, prior to escalation to senior management.

Disputes boards could also be set up as part of a tiered process to encourage cooperation, keep costs down and preserve the relationships between parties.  Dispute boards allow for a low-key, flexible approach to resolving disputes, and are well suited to large, complex and international projects. Importantly, they do not preclude the use of arbitration or litigation if either party is dissatisfied with the decision of the dispute board.

Arbitration as a final venue for any dispute is also gaining popularity in the renewable’s context. Arbitration’s international nature, the wide enforceability of arbitral awards under the New York Convention, and the ability of parties to appoint experts to the tribunal make it inherently appealing for renewables projects.  However, the success of any arbitration relies upon clear and correct drafting of arbitration agreements from the outset of the project.

Investment Treaty Disputes
Arbitration is also used for investment treaty disputes involving states. As highlighted earlier, Spain has recently been the subject of significant awards against it due to retrospective cuts to government support for the sector. Most recently an ICSID tribunal ordered Spain to pay €22 million for breaching the stability guarantee in the Energy Charter Treaty. However, this award only covered retroactive measures, and the tribunal dismissed the bulk of the claim based on legitimate expectation of a reasonable return, and continuation of subsidies. Therefore, whilst arbitration is available, where partnering with governments to further the energy transition, it should be noted that there is likely to be significant uncertainty.

Overall, the energy transition is creating significant opportunities to embark on larger projects with cutting-edge renewables technology. However, executing projects effectively in this space requires managing well understood risks, as well as the unique challenges of innovation. Clear drafting of contracts and the use of alternative disputes resolution procedures can enable more projects to be delivered faster and at lower cost.

These matters should be considered from the outset of a project, in conjunction with the available funding options and the appropriate structures covered in our previous blogs – Energy Transition: The Political and Legal Framework and Structures and Risks. Embarking on renewables projects with a clear sense of both the challenges and opportunities in this space is key for successful project delivery.

Can Energy Transition Herald a Different  Approach to Project Structures and Risk?

She advises clients on the whole-of-life project cycle and has experience advising on high-profile government projects, project administration and governance, disputes and arbitration in the construction and engineering, infrastructure, energy, and oil and gas sectors.

Tom Hutchison: Tom specialises in mitigating risk and resolving disputes arising from major projects around the globe, with a key focus on construction and engineering, infrastructure, energy, and oil and gas.

He has advised clients in many high-profile disputes, including in international arbitrations under as well as litigation before the English, Irish and Scottish Courts and has significant experience of structuring projects and negotiating both project agreements and construction contracts.

Natalie Keir: Natalie works in the disputes, litigation and arbitration practice at Freshfields.

Freshfields Bruckhaus Deringer is a law firm that combines the knowledge, experience and energy of the whole firm to solve the biggest global organisations’ most complex challenges, wherever and whenever they arise. Their global teams span specialisms, regions and industries to deliver against three fundamental client needs: transactional, regulatory, risk.