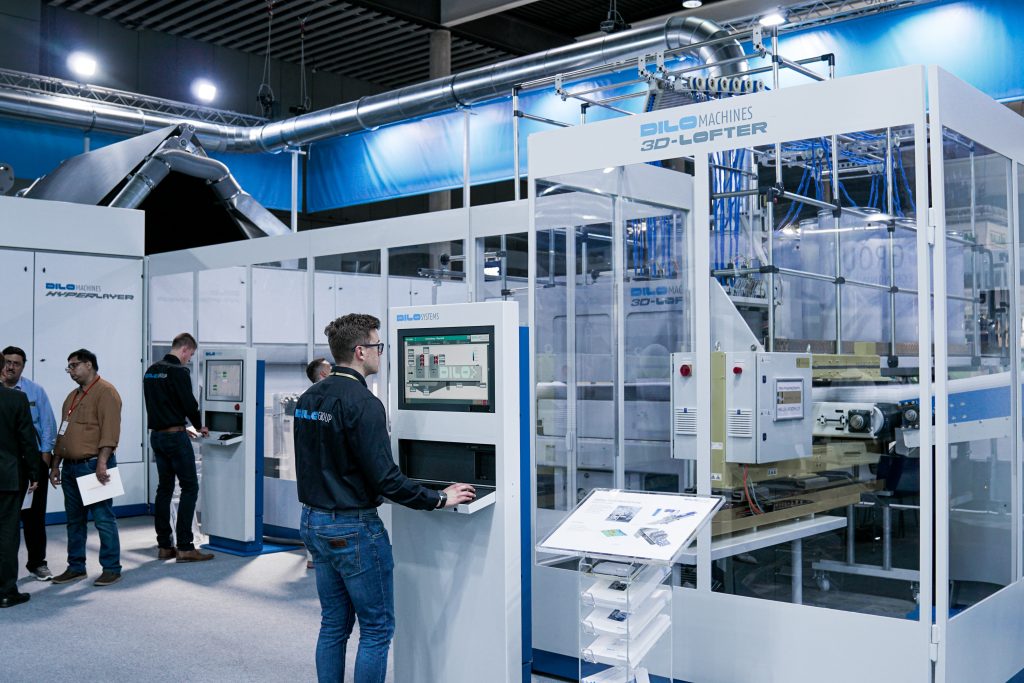 The technology underlying a lot of the standardisation and automation envisaged in the singularity, as described in my first blog in this series,  is currently available or will imminently be so. If that is the case and it stands to add so much value through improved efficiency and effectiveness, why hasn’t it been adopted by industry?

Like most things in life, it’s complicated. The future is unevenly distributed, which means that some people have adopted some parts of it, but those parts don’t neatly overlap, and in any case, the benefits will only really tell when everyone adopts all of it. The value will only accumulate when the industry starts singing from the same hymn sheet.

Although the future is pregnant with opportunity, we are at a tipping-point, catch-22 stage that start-up entrepreneurs call the ‘valley of death’. We are caught between proof of concept and mainstream commercialisation of these ideas, and there are plenty of cannon trained our way.

For example, although things are changing, especially in the BIM world, a comprehensive safety net of agreed standards is not yet in place. This tends to militate against widespread adoption since the peace of mind offered by standards is precisely the ingredient that clients and funders look for before trying anything new.

The BIM world has been on the case for many decades, and the recent publication of ISO 19650 and associated guidance – while still in their infancy – are providing precisely the kind of confidence needed for teams to cooperate effectively. With the rule of law thus imposed, clients and funders are more inclined to commit.

However, the same cannot be said for P-DfMA or the kit-of-parts approach to construction. Until generic systems are a) developed and b) verified and validated enough to give rise to universal standards, the concepts will remain a niche patchwork of proprietary systems that can rarely interoperate. This of course holds back the goal of the singularity, something that the Construction Innovation Hub is trying to overcome.

Similarly, contracts are not keeping pace with the changes in workflows, timing, and liabilities arising from doing things differently.  Frameworks and design-build-operate models go some of the way to incentivising bidding but do little to overcome the endemic problems associated with the industry’s fragmentation, adversarial nature, and lowest-cost attitude to value.

There are models out there – alliancing contracts with integrated project insurance – that hold hope, but it’s not clear that these would bottom out the legal implications of, for example, the kinds of whole-life commitments needed to make the National Digital Twin and the circular economy a reality.

The industry’s fragmentation also means that there is very little ‘first mover’ advantage to adopting new systems. A risky move at the best of times, being the first to move in construction means stepping out of beat with all your dance partners. For innovation to work in the construction industry, it helps if all the participants are swaying to the same beat.

A lesser acknowledged problem is the sheer number of pieces in the innovation puzzle. With investment in ConTech (construction technology) at an all-time high, there are many thousands of start-up products out there, all with their own take on what will ‘transform’ construction. First choosing the best options among competing solutions and then stitching them together into a coherent workflow – the fabled goal of systematisation – is a tall order. As a recent survey found, taking the plunge is difficult.

Amid the cannon shot and sniper fire, the singularity is vulnerable to three interlinked big berthas: IP, data privacy and security. Closing the data loop to improve efficiency and performance over time – as described in my blog about automation – requires that data is ‘freed up’ to be reused and mined for lessons.

The arguments for relinquishing IP are mainly about good karma. If third parties had not been allowed to develop apps using open-source software, the Android operating system would not have been half as popular as it turned out to be. The USB standard connector indisputably accelerated the uptake of consumer electronics. And so it should be with the construction industry’s innovations.

Where there is the danger of personal data breaches, collecting and using data, however potentially useful, is facing entrenched distrust and antagonism, as Barclays bank found out recently when it tried to institute ‘spying’ software to monitor staff. Similarly, a New York Times investigation laid bare how easy it is to uncover identities by triangulating multiple otherwise anonymous signals.

Safeguarding data about infrastructure is the most critical issue of all. Reliance on connected digital systems of the sort envisaged by the singularity dramatically increases the vulnerability to unauthorised access that, in the wrong hands, could be extremely dangerous.

There are some who say that there is no safe way of protecting digital connections. Even if that’s true, there are ways of minimizing the risks to levels that might be acceptable given the benefits the connection confers.

Before then, though, we need teamwork to effect the public-good transformation across the R&D valley of death. There is enlightened self-interest in relinquishing IP and, perhaps by anonymising it, sharing data for mutual gain. Organisations like i3P are doing this already, and a number of constructors recently set up a data trust in recognition of the need.

A better future is tantalisingly out of reach, frustrated by convention, aversion to risk, and entrenched behaviours. Humans are endlessly inventive, but enabling the right conditions for them to flourish will take enlightened leadership and trust. The urgency of the global environmental, social and economic threats demand nothing less.

Matt provides expert writing and editing services with a specialism in the built environment. Clients include building design consultancies, manufacturers, developers, publishers (including RIBA Journal), and industry organisations. He is currently a member of the RIBA’s Client Liaison Group and the CIC’s Building Quality Initiative Working Group. He was previously in charge of RIBA Publishing and was a Founding Director of the Centre for Understanding the Built Environment. Matt is also founder of Listenback.co.uk, the architect’s client feedback tool.

Connect with Matt via Linkedin