Just what does success look like for the Levelling Up Agenda?

Home/Just what does success look like for the Levelling Up Agenda?

Just what does success look like for the Levelling Up Agenda?

The series of events the Association has run on the theme of Levelling Up have thrown the spotlight onto a theme that will be familiar to anyone who has worked on major projects and which the Association has explored on several occasions in one form or another, namely, what does success look like?

How do you choose to define success? 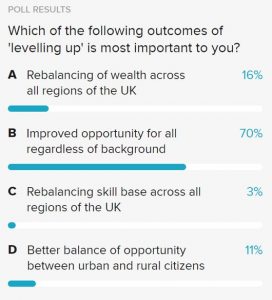 The first question we should ask is ‘how do you define it?’ And this can be asked in relation to the whole process of ‘levelling up’ as well as to specific infrastructure initiatives within it. Witness the response to the poll we launched during the shared webinar with the Infrastructure and Projects Authority: Levelling Up – How Major Projects are Tackling Social and Economic Inequalities.

It can also be asked in relation to specific infrastructure projects designed to facilitate the Levelling Up agenda. For example, in the case of the UK Infrastructure Bank, which was the subject of a recent Round Table facilitated by Bridget Rosewell, we quickly established that the purpose of the Bank was really not as a loan facility. The funds they have available are relatively modest and their are other sources of investment that are likely to be far more significant but rather (1) in the Bank’s ability to provide a ‘seal of approval’ to a given project with some modest seed funding and (2) the Bank’s role as a trusted and expert advisor; able to guide Treasury and external organizations on which projects are most likely to generate the requisite social, environmental and economic value and the relative risks involved.

Where are you standing when you look at the issue?

The recent Centre for Cities Report Measuring Levelling Up – New Indexes for Business and Job Opportunities neatly encapsulates the challenge of defining what Levelling Up might mean for different regions: “The UK economy is clustered in its 63 largest cities and towns. There is a great deal of variation between these places in terms of the types of economic activity that concentrate within them, and the opportunities they create for people who live in and around them.” 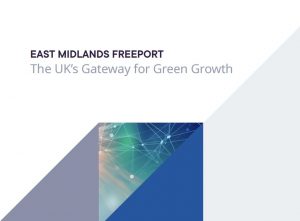 In other words, not only do different regions need different things, the nature of the economy means that it’s a mistake simply to see the problem as a simple north versus south issue. And the context and nature of the solution adopted is also specific to the region or even the site. In the case of the Freeports strategy (the subject of a recent Association Round Table, facilitated by Simon Bedford of Deloitte), the varied nature of each of the eight chosen ports means that each of them will provide a different development stimulus. Thus for example, the East Midlands Freeport,  straddles three of the East Midlands counties, and is part of a much bigger existing development including the East Midlands Airport and Gateway Industrial Cluster (EMAGIC) in North West Leicestershire, theRatcliffe-on-Soar Power Station site in Rushcliffe in Nottinghamshire and the East Midlands Intermodal Park (EMIP) in South Derbyshire and touts itself as the ‘UK Gateway for Green Growth’; whereas Freeport East, in Felixstowe, covers areas with significant income and employment deprivation including the single most deprived neighbourhood in the country.

How will you structure the project 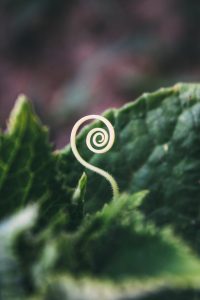 The basis on which each initiative is structured will also be a significant factor in the ultimate success or failure of this strategy. In the case of the UK Infrastructure Bank, given its importance as a credible expert advisor, the challenge for Government will be to find the right level of people to make up the credit committee. It’s unlikely that these people are working elsewhere in the public works pool; so will the budget be found to bring in the brightest and best from the private sector because without them, the Bank’s influence and impact may be severely curtailed.

The scope of these projects, their remit and the basis on which particular sites have been chosen needs to be transparent because all of these features will influence how a project may be structured following its initial establishment. This is all the more important since these projects are part of a complex integrated network of different funding including the Levelling Up Fund, the Towns’ Fund and the UK shared prosperity fund amongst many others.

Clearly the question of ‘what success looks like’ in terms of Levelling Up is one that has yet to be answered but these Major Projects Association events enabled us to at least take a canter around the park.

Levelling Up: How Major Projects are Tackling Social and Economic Inequalities