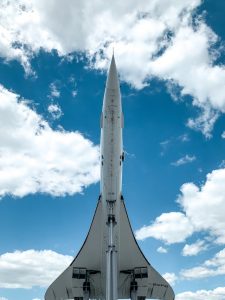 Over the forty years that the Major Projects Association has been in existence, we have held seminars and generated reports on the lessons from planning and delivering some of the most influential and iconic projects of the modern age.

Large infrastructure projects predominate, with reports that include the Channel Tunnel, the Thames Barrier, the Redevelopment of London Docklands, Sizewell B, Heathrow Express, the Jubilee Line extension, Crossrail, Canary Wharf, Terminal Five and High-Speed One. Other types of project are rarer but no less significant, for example: Concorde; Dealing with the Millennium Bug; Lessons from a Major IT Project (Pensions Credit); and no less than three reports on the London Olympics, the first dating back to 2006.

The early reports are extraordinary time capsules, capturing not just what happened or was planned for these huge projects but also reflecting the language and the development of project management as a discipline. The language of the reports in the 1980s shows very few of the preoccupations or the terms of art that we would recognize today.

The collection also offers a rich source of quotable comments. Some reflect the naivety and lack of maturity of project management, 35 or 40 years ago; others capture the social and cultural norms of the time, and others still are remarkably prescient in identifying issues that we still wrestle with today.

In anticipation of our 40th Anniversary in the Autumn and through the rest of 2021, the Association will be republishing a selection of reports from its archive, each one accompanied by a short (5-8 minute) video commentary from a modern-day major project delivery expert: what immediately strikes him or her as most extraordinary, what would they do very differently today and what is their favourite soundbite from the report?

If you are a member of the Association and would like to offer your own perspective on one of these great projects on video, as part of this re-publication programme, then please contact the Association’s Knowledge Manager, Jonathan Norman jonathan.norman@majorprojects.org.

Note: The quotation that provides the title to this blog is taken from the 1980 report: The Channel Tunnel – The lessons of 1970-75.