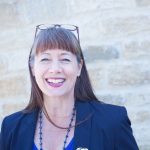 Manon is Development Director of the Major Projects Association. She is also a world champion powerlifter with multiple world records in the sport. She is a champion for equality, diversity and inclusion in the workplace, particularly in male dominated industries. Through her consultancy, Strength 2 Strength, she has developed a systems map of the barriers to workplace equality and a process to help companies to identify and remove said barriers.

She is a keen writer and has been featured in a number of online publications including “Infrastructure Intelligence” and “The Guardian”. She regularly speaks about the lack of gender balance in infrastructure and construction and has contributed to a number of events including the Women in Construction Summit, Global Engineering Congress and the All-Party Parliamentary Group on Infrastructure panel on The Feminist City.