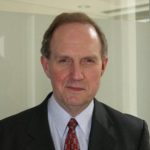 Simon Webb was elected to the Board of the Major Projects Association in 2010. He has led the Major Projects Association work on its mentor scheme and on improving decisions in the early phases of projects, including briefing MPs on how to be a politician for a project. At the Nichols Group, Simon specialises in major programmes and transforming change programmes. He leads with clients in the nuclear decommissioning, warship, transport and security sectors. He is member of a United Nations Group on Risk Management in Regulatory Systems, currently focussed on the Sustainable Development Goals especially Goal 14 on Oceans.

Until March 2009, Simon was a Director-General at the Department for Transport accountable for major projects, such as the completion High Speed 1 railway and the initiation of Crossrail. His responsibilities also included air and maritime gateways to UK, passage of the 2008 Planning Act, climate change and transport security.

Previously, Simon was the Policy Director at the Ministry of Defence, leading post-September 11th strategy and on defence restructuring. Simon’s earlier career was centered on defence acquisition and change management, working on maritime and nuclear projects and in the United States. He was responsible in HM Treasury for Electricity, Coal and Nuclear industries during the privatisation era. Before leaving Government service in 2010, Simon produced a guide to high-level crisis management and continues to train on the topic.

Simon studied Engineering and Economics at Oxford University. He was made CBE in 1990 and Fellow of the Institution of Civil Engineers in 2014.