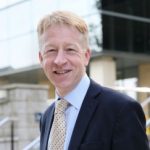 Graham Dalton is a chartered civil engineer and fellow of the Royal Academy of Engineering with 35 years experience planning, building and operating large scale infrastructure. His professional training was with British Railways before he joined consulting engineer Mouchel, where he spent 7 years designing ports and power stations in the Middle and Far East.

Graham returned to the rail industry during the privatisation process, where he worked for Program Manager Bovis on multi – discipline railway signalling and enhancement contracts. From 2001 to 2008 he worked as a director of the Strategic Rail Authority and then Department for Transport taking major rail projects through the development and consents processes.

In 2008 Graham was appointed Chief Executive of the Highways Agency, responsible for the operation, maintenance and improvement of the strategic road network in England. Over the subsequent 7 years he built the Agency’s capabilities in network operation, asset management and commercial performance. He also made the case for and then led the change to incorporation of the Agency in 2015 as Highways England Ltd, a public corporation with a five year performance specification and funding settlement. Graham’s key skills lie in business transformation, infrastructure and projects business leadership, and wider stakeholder management.

In October 2016 Graham was appointed the Chief Executive of the Defence Infrastructure Organisation in the Ministry of Defence, where he is leading a transformational change programme to improve the Organisation and rationalise the MoD estate.