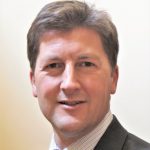 Alan Couzens is currently Capital Portfolio Director for Highways England with responsibility for oversight of its 5 year £21bn capital investment programme. He is a founding member of the Infrastructure Client Group.
After early career in the private sector working in commercial roles on major infrastructure projects he joined CBRE in 1998 supporting rail privatisation, property outsourcing and private finance (PFI) transactions. In 2001 he was invited to join Partnerships UK, a private sector commercial group established by government to support public sector private finance projects and programmes.
After 10 years in PUK he joined HM Treasury in 2010 as part of the newly established Infrastructure UK team. Working with Terry Hill Chairman of Arup and other industry leaders Alan led the Infrastructure Cost View programme, leading to the establishment of the influential Infrastructure Client Group. Following on from this he went on to lead the development of the Project Initiation Routemap, the National Infrastructure Plan, Infrastructure Pipeline and other key IUK (now Infrastructure and Projects Authority) outputs. He also provided commercial support and assurance to major infrastructure projects, including a secondment to HS2 to kick start their efficiency programme. He left his role as Director of Strategy and Delivery in IPA in 2016 to put theory into practice in Highways England.

In addition to being a Fellow of the Institution of Civil Engineers Alan is a member of the Government Construction Board and Infrastructure Client Group. He is also a member of the MPA studies group.